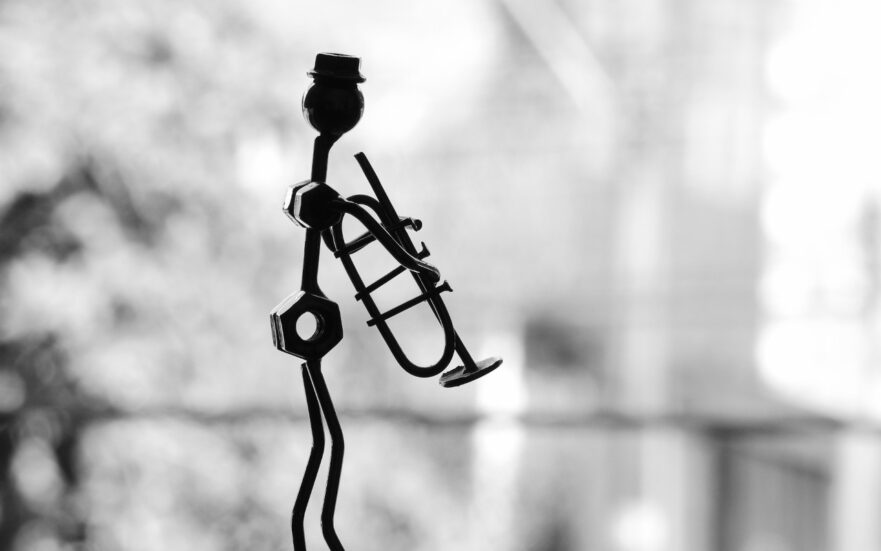 “No one lights a lamp and then puts it under a basket. Instead, a lamp is placed on a stand, where it gives light to everyone in the house. In the same way, let your good deeds shine out for all to see, so that everyone will praise your heavenly Father.”

Now if you’re like me, this is the exact opposite of what you were raised to do. You can probably think of a few people in your social circles who talk loudly about all the great things they do, and this isn’t behavior you want to imitate. In church circles, we know the Bible passage where Jesus says to do your giving “in secret” instead of announcing it with trumpets (Matthew 6). So, we give secretly, and we trust that this is pleasing to God.

Praying to your Father “in private“

But I think that this understanding of Jesus’ command is not only incorrect but harmful. Our aggressive pursuit of humble anonymity might be depriving others of our encouragement and influence.

Consider that Jesus gives basically the same instructions about prayer in the next few verses—he says not to do it where everyone can see you, but to do it alone behind closed doors. But in common practice, we pray in groups, we pray out loud, we tell others we pray, and some of us even pray in front of a camera or microphone. Is “leading others in prayer” disobeying Christ’s command?

I don’t think so. Not only do we see positive examples of public prayer throughout the New Testament, but reading Christ’s words closely shows that his command seems to be less about who sees you than it is about why you want them to see you. He says, “Don’t do your good deeds publicly, to be admired by others” (v 1, emphasis added).

Leading and being led

We believe prayer is an important part of Christian community. What about giving? Could there even be such a thing as “leading others in giving”? Instead of just saying “yes,” let me give you an example.

If you’ve ever read the story of an influential Christian (living or dead), that story probably talks about their prayer habits, giving habits, and passions. None of these are meant to be things to measure yourself by, but they illustrate what is done by people like you—or by people you want to be like:

If your friend tells you that they give to a particular organization (or even shows support through some kind of publicizing or advocacy), this also directs your attention to something that might be worth devoting time, prayer, and money to. The opposite is also true: if no one talks about donating, it might seem like no one is donating, so it either feels like it’s not worth doing or you don’t even think about it at all.

What it could accomplish

Now, in this publicizing of giving, is there a risk of comparison, pride, and status-seeking? Absolutely. The same is true of virtually any spiritual practice, and you don’t have to read much of the gospels to see what Jesus thinks about it, so if you think you can’t share with others about your prayer and giving without it being a stumbling block, you should do it in private.

But from the “inside” of a ministry, I can say with confidence that I would love it if all of One by One’s donors talked publicly about the donations they’ve given or about the children they sponsored. We’d have close to a thousand people publicizing and advocating for the work and the kids that are so important to us.

What if by publicly sharing about a cause you donated to, you helped that cause go a lot farther because you inspired others to join you? What if talking openly about the support you provide your sponsored child led to their siblings and cousins being sponsored and their whole family improving their relationship with Christ and their quality of life?

Talk about your giving! Don’t do it in a way that seeks admiration; do it to lead others to glorify our heavenly Father—and to join in the work.

Give hope, strength, and new life today by making a donation! Ministry is made up of thousands of people—both visible and behind the scenes—and we need them all!

Give where it’s needed most