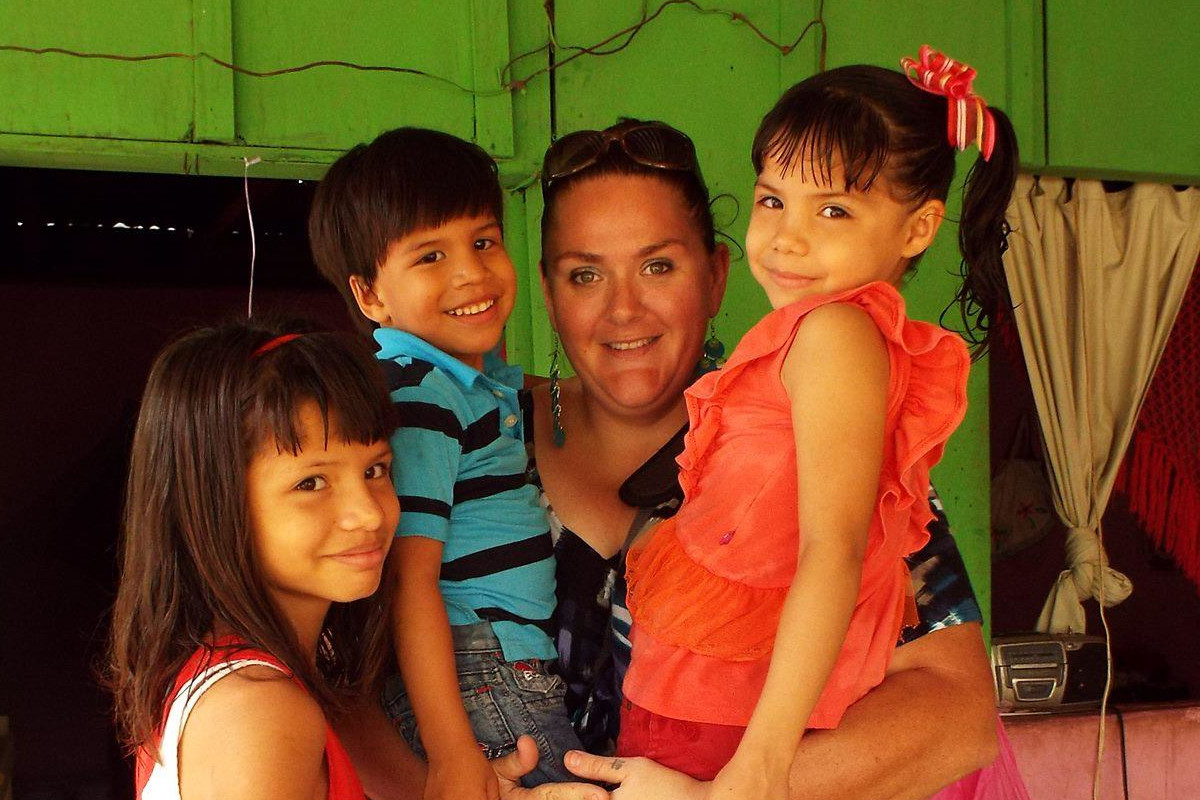 One by One staff member Naomi Evers, aged 38, passed away suddenly and unexpectedly on Thursday January 30 as she arrived at work. Naomi had been the Teams & Interns Director since she joined One by One in 2016. More than that, she was a person genuinely concerned with the well-being of those around her and who spent her time encouraging and serving in many ways.

Naomi Evers’ reach was far and wide. I’d venture to say the loss of her life hit many, many people much harder than other losses might have. She was the type of person who made each person she interacted with feel special, loved, valued. Because the truth is she DID value them. She saw the image of God in each person, whether it was the lead pastor of a church, the vendor’s child at the market, or the drunk man flirting with her on the street

While she could have spent her life anywhere, doing anything, she chose to be in Nicaragua with the people she loved, serving them, listening to them, giving to them. If there was a way she could help, she would. And she did. She even started her own ministry called Provider’s Servants just so she could find out the needs of local churches and invite others to help her meet those needs. She did not live a lavish life, forgoing many of her own desires and needs in order to meet those of others.

She lived fearlessly, moving internationally as a single woman, when many others would not. She chose to live among the local people, taking public transportation to engage the culture as much as possible. She sought to learn as much as she could about others, about the culture, knowing that the knowledge she gained allowed her to love and serve better. She sought to guard the dignity of others even when it wasn’t warranted. She was a good friend to many and now, the loss of that friendship, the loss of her presence just seems like too much to bear.

Naomi came to work for One by One because she needed an established organization to be a part of, but what she didn’t know was that she was just the person we’d been asking God to provide. In fact, she was above and beyond what we were hoping for. I, Julie Russell, had served with One by One for several years but needed to relocate to the States for medical reasons. When my husband Chase and I left, we asked God to bring people to fill our positions, specifically for a Short-Term Teams Director. We needed someone who could handle logistics and details, could learn Spanish, could learn quickly about Nicaragua, could raise their own support etc. Naomi applied and not only could she handle the logistics, but she already knew Spanish, already was quite familiar with Nicaragua and had already raised support. And what an incredible gift to our ministry she has been! She has blessed our staff, the Nicaraguan kids and youth with whom we work, and the short-term team members who have come down to serve with One by One. The impact she had on countless lives is immeasurable.

After losing someone—especially the hard losses—it doesn’t seem right for life to go on. How can we go back to work, to ministry, to living our lives? The sadness and the void just feel like too much. It doesn’t feel real. How could this have happened? Surely we’ve imagined it and we will see our friend again soon. But reality hits. This incredible woman is no longer with us. She has taken her place in the kingdom of God. She has heard him say “Well done my good and faithful servant.” She is receiving her reward. She is where she belongs. Where we all belong. And isn’t that the point? She spent her life telling others where they belong – with their God in Heaven. She went there sooner than we would have liked but wouldn’t she want us to keep spreading that message? To keep telling others where they belong…with their God in Heaven?

So we go back to work, to ministry, to living our lives. We spend our days telling others about our friend Naomi, how she loved so well, how she served her God, how she wanted others to know that they were created in the image of God, how they belonged with Him in Heaven, where she is now. And in the telling, her legacy lives on.